Do you fit the Profile of a Successful Self-Published Writer?

At the start of 2012 Dave Cornford and Steven Lewis set out to survey more than 1000 self-published writers. Their aim was to identify the common factors that led to the success of the ‘normal’ self-publishing writer. They were not interested in the ‘Kindle Million’ members, but instead, wanted to see what the ‘normal’ writer could do to help improve their chances of success.

This series of posts delves into their research and presents the findings in a way that YOU, a ‘normal’ writer, can use to make your book a success.

The Profile of a Successful Self-Publishing Writer

Most writers looking to self-publish their work are aged between 30 and 60. In fact, we can be even more precise by saying that the most common age for self-publishers is between 40 and 49-years-old.

One assumption that has always been made about writers, be they traditionally or self-published, is that they are educated. The survey seems to add weight to the argument that better educated writers tend to write better books. The results showed that just under half of the writers surveyed were educated at degree level. In addition, nearly 30% of the writers also held a graduate degree in addition to their first degree.

It is often quoted by writers that ‘writing full time’ is their dream. However, this ambition has long eluded all but the most successful writers. Once again, the survey supported the commonly held belief that most writers don’t earn enough to give up their day job. In fact, just over half of the writers surveyed described themselves as ‘in full time employment.’

One interesting statistics seemed to bear out a trend we have seen at BubbleCow. Over the past year we have been using the term ‘retired writer’ to describe writers who have retired from work, but rather than take up knitting or golf, they have chosen to spend their spare time writing and publishing. This group take their work very seriously and often have disposable income to spend on their ‘hobby’. The survey supported this idea of ‘retired writers’ with just over 20% of the writers surveyed describing themselves as ‘not employed and not looking for work.’

The Importance of Being Published

One very interesting conclusion that can be drawn from the survey, is the importance of traditional publishing.

The idea was to discover if a writer’s past experience with the traditional publishing world held any clues for the potential success as a self-published writer.

It turns out that the previous experience of a writer, did indeed have some bearing on their success as a self-published writer. The survey showed the most successful self-publishing writers had, at some point in their career, been published by a traditional publisher.

We can all recognise this type of writer. They have been published, perhaps have an agent, but due to disillusionment with the changing publishing industry, turn to self-publishing as a more profitable avenue for their work.

The statistics showed that, on average, a writer who had been previously published by a traditional publisher earned 2.5 times more than an un-published writer.

The reason for this is open to some debate. It has been suggested that previously published writers have an insight into the ‘process’ and therefore have more understanding as to what is required to make a book a success. It may be that these previously published writers understood the pre-production process (editing etc.) and marketing aspects of the industry. It may also be that they had a pool of established readers who were willing to make the switch from traditional to self-published books.

However, there was one other interesting possibility. It may simply be that self-published writers, who were previously published, were just better writers. The fact that they had previously been ‘picked’ by a publisher was a reflection on their talent to create commercially successful books.

In fact, on examination, the survey does seem to support this idea to some extent.

Let’s say this another way. If you are a writer who has chosen the traditional route but have then been rejected, you will, probably, sell less books than a writer who has never even approached a publisher.

The implication here is that the work of those rejected by publishers is simply not as attractive to readers. This may be an issue of quality, but it may also be an issue of commercial suitability (they are not writing books readers want to read). It may well be the case that those writers who have never been rejected, would be able to secure a book deal if they chose to pursue the traditional route.

So What Does all This Mean?

The aim of this post is to give you some idea of the ‘type’ of self-published writer that has the most chance of success. Producing an average is always dangerous, but this survey does allow us to paint a picture that has at least a kernel of truth.

The profile of the ‘successful self-published writer’ is as follows:

Imagine spending years writing a novel, only to have readers and reviewers tell you it is boring!

This FREE ebook will show you how to write in a way that will keep readers reading until the last page.

Get the free eBook today... 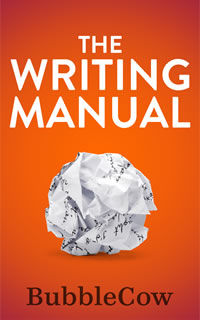 Imagine spending years writing a novel, only to have readers and reviewers tell you it is boring! 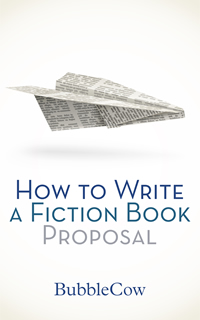